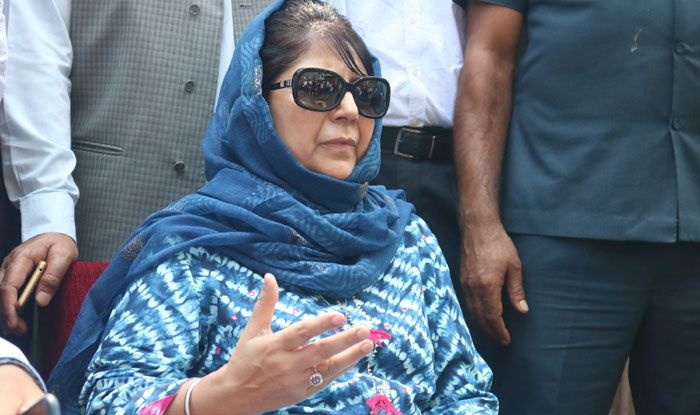 NEW DELHI: Congress leader Rahul Gandhi on Sunday demanded release of detained former Jammu and Kashmir chief Minister Mehbooba Mufti, saying that it is high time that she is released.

“India’s democracy is damaged when GOI illegally detains political leaders. It’s high time Mehbooba Mufti is released”, Mr Gandhi wrote on twitter.
The Congress leader’s comments came just three days before the anniversary of Abrogation of Article 370 and 35 A from the Jammu and Kashmir and bifurcation of the state into two separate Union territories.
She was detained on August 5, 2019, besides dozens of mainstream leaders.

On Friday, the Jammu and Kashmir administration extended her detention for another three months under Public Safety Act (PSA).

Reacting to extension of PSA, a Peoples Democratic Party (PDP) spokesperson said that such vindictive measures will not deter the PDP from pursuing its core agenda and speak truth to power.

Senior Congress leader and former Union Minister P Chidambaram also reacted to the extension of PSA saying that it is an “abuse of law” and “assault” on the constitutional rights of every citizen of the country. He, too, sought her immediate release from detention.
(AGENCIES)