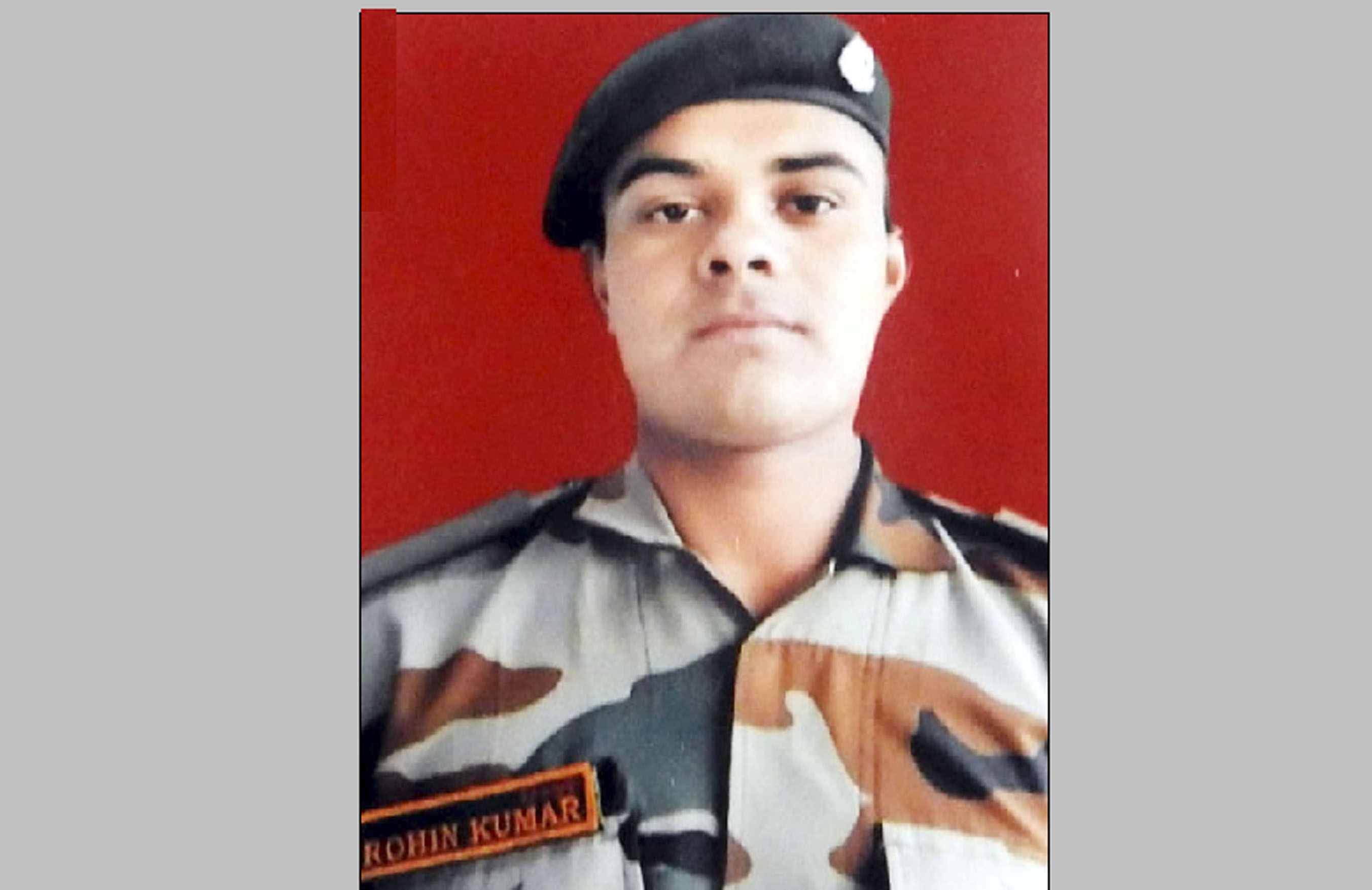 JAMMU: An Army jawan attained martyrdom as Pakistan violated ceasefire by firing unprovoked along the Line of Control in Rajouri district of Jammu and Kashmir on Saturday.

Defence Spokesperson here said that Pakistan Army resorted to unprovoked ceasefire violation on the Line of Control in Rajouri Sector during wee hours.

“Our troops responded strongly to the enemy fire and in the incident, Sepoy Rohin Kumar was critically injured and later succumbed to his injuries,” he further said.

He added that Sep Rohin Kumar was a brave, highly motivated and a sincere soldier.