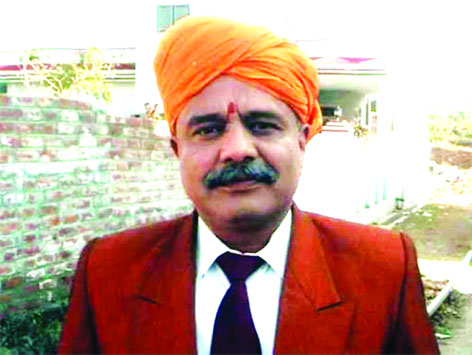 Vijay Wali
Recently we lost one of the best comedian actors of Jammu &Kashmir,Shadi Lal Koul. He was an artist par excellence, who gave a new dimension to the comedy by girth of his acting talents. Jammu & Kashmir has a legacy of best comedian artists, who are trendsetters in comic acting,which has produced artists like Om Prakash, who ruled Indian film industry for many years.Shadi Lal Koul keeping this legacy alive gave audiences a different enertainmental perspective of comedy, which the audiences have cherished for decades together.
Shadi Lal Koul was born in ChotaBazar locality of Srinagar in the year 1955 , and completed his education by graduating from Amar Singh College Srinagar.Hehad an inborn talent for acting right from his childhood. It seems that the first theater of Jammu & Kashmir, known as Kala Kendra, with patrons like legendary Prithvi Raj Kapoor of Indian film industry and doyens of theater like Trilok Dass, which happened within vicinity of his place of dwelling, inspired him with this genre of performing arts.
Shadi Lal Koul who came from a middle class family started his acting career from NukkadNataks or street theater in his locality and graduated to a good stage artist through his performances in legendary Tagore Hall of Srinagar.
His talents came to fore when he established his own theater group under the name of Kalidass Theater .He directed his plays himself and performed many plays in various festivals organized by the Cultural Academy.
Shadi Lal’s acting career took a beautiful turn when he staged a comedy play “Local Taxes Extra” in which he played a hilarious comic leading role. The play was well taken by the audiences and so were acting talents of Shadi Lal who was well established now as a comedian.
After that Shadi Lal joined the dramas of Door Darshan Srinagar and became an apple of eye of the audiences by his stellar comic performance in the popular serials like “Shabrang”, which made him a household name in the audiences.
Shadi Lal Koul didn’t look back after this success and his performances were super hit in serials like Dastar , SindbadhMachama, Rustum Gota, Volharish and hundreds of other serials of Door Darshan and those produced by various production houses .These serials won him accolades from audiences and he got several awards for his acting performances in various plays and serials, which were telecast from various channels of Door Darshan.
He worked in many plays and serials written by me and other established writers of the UT, and whenever I had a chance to direct him in serials or plays, I found that he was a most talented artist who read between lines to understand his character for best performance , which are the traits of the a best performing artist.
Shadi Lal Koul apart from being a talented artist was a good human being also. He always behaved well on the sets and lived a simple life in spite of his fan following and popularity.
Shadi Lal Koul had not been feeling well for past few years, but he never complained about state of his health and kept performing to his best, until he lost the battle of survival against the will of nature and God.
It is a fact that a talented actor likeShadi Lal Koul is not physically present amongst us now, but through his best comic performances he will ever remain alive in hearts of his viewers and admirers.