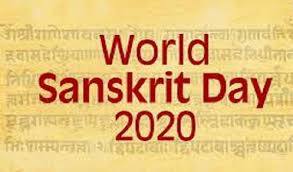 NEW DELHI: Public broadcaster All India Radio will broadcast a 20 minute special programme on Monday to mark the World Sanskrit Day.
“The 20 minute program titled, “Bahujan Bhasha-Sanskrit Bhasha” will go on air on Monday at 7.10 AM. It will be broadcast on 100.1 FM Channel of All India Radio or the All India Radio News Live 24×7 FM Channel,” Prasar Bharti said in a press release.
World Sanskrit Day is celebrated on Shravani Poornima (full moon day of Shravan month of Hindi Calender) every year. For the first time AIR will mark this day with a special programme. The live streaming will be available on www.newsonair.com, newsonair app, newonair official YouTube channel and Twitter handle of public broadcaster as well.
The program features the renowned Sanskrit scholars sharing their views on role of Sanskrit. It will chronicle the major events to be held tomorrow on the World Sanskrit day. Highlights from the films- Punyamanasam & Koti in Sanskrit and interview with the editors of the world’s only Sanskrit daily newspaper, Sudharma are among the major attractions.
Union Education Minister Dr. Ramesh Pokhariyal Nishank in a special message in Sanskrit has underlined the importance of Sanskrit language.
Under Ek Bharat Shrestha Bharat segment, the program features translation of five commonly used words in Sanskrit, Hindi and Gujarati. The special edition by All India Radio is expected to give a fillip to the outreach of Sanskrit language among the people.
(AGENCIES)